Why is this research needed?

Human gene therapy has advanced a lot in the past two decades. Gene therapy involves delivering a missing gene or a protective gene into cells to treat a disorder. The eye has become an appealing target for gene therapy because of the current knowledge about disorders causing blindness.

How does gene therapy work?

Sometimes the whole or part of a gene is defective or missing from birth, or a gene can change or mutate during adult life. Any of these variations can disrupt how proteins are made, which can contribute to health problems or diseases.

In gene therapy, scientists can do one of several things depending on the problem that is present. They can replace a gene that causes a medical problem with one that doesn’t, add genes to help the body to fight or treat disease, or turn off genes that are causing problems. 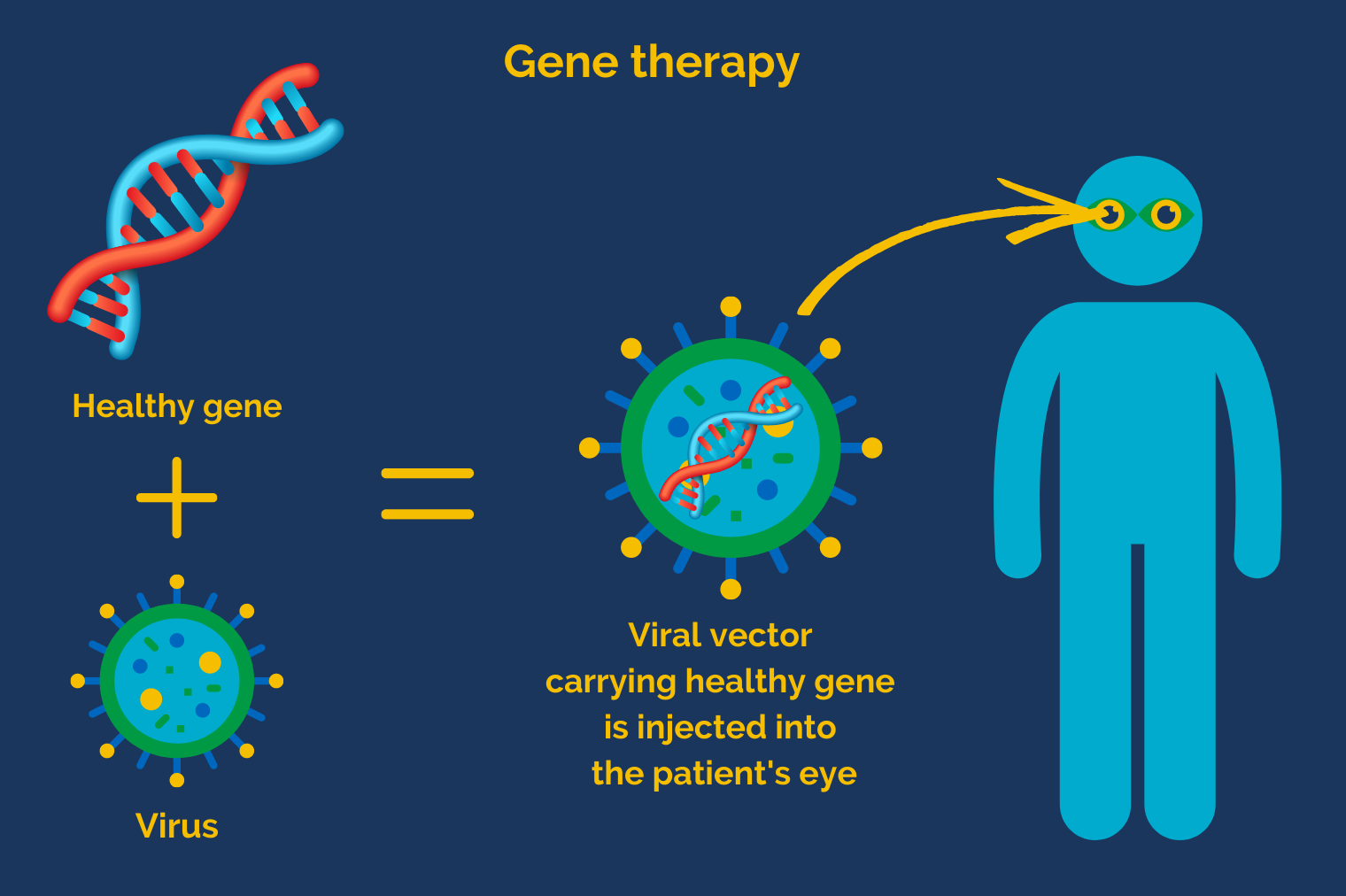 Healthy genes are delivered into the cells of the eye thanks to a special kind of “vehicle”: a viral vector. This is a virus whose harmful DNA has been replaced by healthy DNA but which retains its natural ability to deliver genetic material into cells.

What is the aim of the project?

Adeno-associated viral (AAV) vectors are carriers of genes that can be used in the clinic for human patients. They are also the preferred choice for gene therapy in the retina, a thin layer of cells inside the eyeball that senses light. AAVs are the favourite because they have the capability to deliver therapeutic genes in the retina for a long period of time. There are two important components that regulate the effectiveness of AAVs: 1) the outer-layer of the carrier determines which type of cells in the eye are going to be hit and; 2) a DNA regulatory unit, called a promoter, that determines whether and how strongly the packaged gene will be turned on. The optimal outer-layer to hit cells of the retina is well known, but the best promoter to turn on genes in nerve of the eye is currently unclear.

The promoter has a crucial impact on how well gene therapy works and can ultimately determine whether a treatment will be successful or unsuccessful. Therefore, a better understanding and comparison of promoters is valuable for eye research.

This project will investigate which promoter can drive the greatest activation of a gene encoding a green fluorescent protein (GFP). Introduction of this glowing protein allows clear visualisation of cells that have been hit by the AAV gene-carriers. The scientists will determine the strength of multiple promoters based on how bright the green protein is.

How will this research help to beat sight loss faster?

The aim of this project is to identify the best promoter to turn on genes in the retina of the eye. It is essential for every gene therapy that therapeutic genes are delivered to the correct cells at high-enough levels. This study will therefore contribute to make gene therapy easier and safer.

Stop the clock on sight loss

Every 6 minutes someone in the UK receives the devastating news that they are going blind. That’s 250 people a day.

Your gift can help to find new sight-saving solutions.

If you can, please donate today. Thank you.